“Besa Nabakolwa”: Dora Siliya and the Politics of Sex and Gender Imbalance 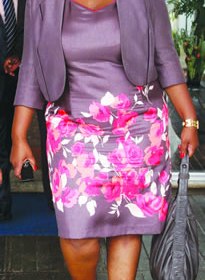 By E. Munshya, LLB (Hons), M.Div.
In the song “Umuti wa Bufyashi”, the late Zambian maestro Emmanuel Mulemena and his Mulemena Boys penned a song that was ahead of its time. In the song, a young couple could not have children. Typical of Zambian tradition, the blame fell on the woman. And so she went to both Chiwempala and Mikomfwa searching for help from witchdoctors. The witchdoctors prescribed herbs, a Whiteman’s teeth and the heart of an ant.
After another infertile year, the man contemplated divorcing the woman in consistency with prevailing culture that blames women for infertility. But the woman persuaded the man to try Western Medicine. The medical doctor examined the woman and gave his verdict. “Lady your fertility is alright.” “The only probable cause why you cannot have babies”, the doctor continued, “is because your husband comes home so drunk that he cannot perform.” What the doctor means in this song is left to our imagination. However, it attempts to change the debate from condemnation of women to letting society see that marriage problems are not the preserve of women alone. They could be caused by a man’s careless habits.
From birth, to puberty and onto marriage our girls are taught to be good servants. They are expected to look after their husbands. They must cook for them, wash for them and please them in bed. Women must also produce kids for the man. All these are indeed commendable traditional values and I would do everything to preserve them. But here comes the trick, these expectations are not pushed onto the man as it is on the woman. It is almost a given that a man has the license to behave in any way he wants. And in the context of a home, a man can misbehave and the woman should preserve the family by keeping quiet about whatsoever is going on. She must keep a “Donchi Kubeba” doctrine. This doctrine is not new with Guy Scott; it has been around for years embedded within our customs and culture. A woman is not expected to speak openly about issues. She is also not expected to be ambitious or to aspire to anything, or if she does, she must do it on the terms that society’s men dictate.
When Mama Kankasa rose up to be a firebrand within Kaunda’s inner circle rumours circulated about her private life. Undeterred she remained steadfast and became an exemplary public servant.

Some women in Chiluba’s government also faced similar challenges. Each time they showed ambition they were given all sorts of names. Those who were single faced the questions of why they remained single. Those who became more ingenious like Nawakwi faced insults of being promiscuous. Those who were divorced became subjects of ridicule. And yet the same treatment was not accorded to their male counterparts. At the time that Minister of Finance Nawakwi was being called all sorts of names for her relationship with Hambulo nothing was being said of her counterpart Sata who was allegedly running three families with three different women (a teacher, a doctor and according to Chiluba, a banker in Ndola). It was alright for the man but not for the woman.
When in the Mwanawasa government, Maureen showed some ambition Sata (now in opposition) told her to shut up and accused her of being an “untaught” Lenje woman. Sylvia Masebo came to Maureen’s defense and told off Sata. But Sata repeated the same sentiments on Masebo. The Bantu Botatwe traditionalists were infuriated by these attacks on their women, but Sata would not apologize.
In the Banda administration, one woman has perhaps received more insults than any other woman politician has ever faced. Dora Siliya was a popular broadcaster. That she is ambitious is an understatement. She got married almost a dozen years ago to a dream man. Her marriage to a famous business man was a marriage made in heaven-until at least they started facing problems. They divorced and Siliya continued with her political ambitions. She lost her first attempt at politics by losing badly in Petauke in 2001.
Since her divorce almost a decade ago, some sections within Zambian society have heaped blame on her for her failed marriage. People questioned her and doubted her political skills having been a divorcee. She was daily faced with the challenge of having to explain her failure in marriage and the fact that she did not have any kids with her ex.
Society judged her more strictly than countless of her male colleagues. Somehow in keeping with “Umuti wa Bufyashi” she was blamed for the problems in the marriage. She was a failure in marriage and consequently should be a political failure too.
For ten years she went on pursuing her political ambitions. Rising up to be a Cabinet Minister and close confidante of current president Rupiah Banda. Her ambitions are clear for all to see. Once she resigned her position only to be reinstated when Judge Musonda set aside the Ministerial Tribunal’s ruling that she had breached the Zambian constitution. She went on to become an influential member of the ruling party. But the questions of her marriage still haunted her. And for ten years she did it the way taught women are supposed to handle problems, “Donchi Kubeba” and suffer alone in your heart.
According to tradition she was supposed to accept the blame and continue shouldering insults. She was supposed to continue with the doctrine that blames women for infertility, infidelity and failed marriages. She was not supposed to have an opinion. She was supposed to do a “Donchi Kubeba.”
But last week she snapped. She could not bear the blame anymore. After ten years of silence she had to say her opinion. She had to break the taboo of silence. And yes, in a typical Nsenga style, she spoke some embarrassing stuff for any man. And I do not in any way seek to justify what she said. My objective here is to at least recognise that she gave her side of the story. She at least managed to paint the picture that she should not be the only one to blame of not having a kid with her ex and for not keeping the marriage. The man in the marriage had the same responsibility which in her opinion he failed because he used to come to bed wearing a Bombasa.
Having faced public humiliation for her private family failures, Dora decided to confront the issue publicly and show that she is not the only one to blame. It was her decision how she handles the issue.
Dora’s rants challenge a Zambian man to step up. A Zambian man must stop the blame game and must stop going to bed wearing Bombasa. A Zambian man must stop going to bed drunk with Kachasu and Tujilijili since there is a real person waiting for him on the other side of the bedroom.
The antediluvian “Donchi Kubeba” traditional doctrine that bought the silence of women is becoming obsolete currency. And women’s political libido should be judged on equal footing as that of their male counterparts. A society that judges our women more harshly is inconsistent with a Christian nation.
Faced with a society whose tradition condemned women’s adulteries as it condoned the men’s infidelities, Jesus told the woman brought to be stoned for adultery, “Neither do I condemn you, go and sin no more.” But in that case, as it is in the case of Zambian politics, the men are given passes while women are brought to be hanged.
Not anymore, says Dora and the Mulemena Boys, and on that point I agree with them!