Loving the “Other” In Zambia: Towards a praxis of peace in political violence

Our nation is in crisis. We have suddenly realised that we too are a violent nation. The so called oasis of peace, we think we are, has been challenged a great deal by recent events. Zambians known for hospitality made headlines in April, 2016 when they looted shops owned by foreigners. Suddenly, right before our eyes, the myth of peace has given way to a narrative of confusion. A few weeks before the elections, violence has been passing like a song in the night. Not even the Head of State seems to know what to do about it. A citizen was shot by police. Accounts differ about what happened exactly. Some say it was the cadres who got violent, others accuse police of the violence. If Zambia is to return to the peaceful oasis it has been, it must re-examine its own myth making as a nation.

To counter a culture of violence, we must learn to live with the “other”. We call ourselves One Zambia One Nation. This is partly true, but in order to counter the violence, we must interrogate the assumptions that come with this national motto. For Zambians to stay safe and peaceful, their lives must not be predicated on an assumption that they are a homogenous unit. Homogeneity has never been the standard for peace, at least not from the Biblical perspective. Jesus does not want us to think alike, in order for us to live at peace with each other or with the other. As a matter of fact, Jesus brings a revolutionary concept to peace. It is rarely a homogeneity of race, tribe or even nationality. What brings peace from the Christian perspective is the tolerance of diversity, a respect for the foreigner, and a hospitality towards the other.

Zambians are as strong and as weak as any other peoples. Nations at war are not necessarily more evil than we are. Things can easily escalate and we could lose the peace we have always enjoyed. We must begin interrogating our own pride and arrogance that makes us believe that we are somewhat more special than others in the region. Human beings are very evil and sinful. It is important that the Zambian human realises just how base and sinful they can be. We are as wicked as the Rwandans or the South Africans. We are all human after all. If we condemned South African xenophobia, our pointing fingers were greatly embarrassed when in April we did our own xenophobic acts on the Congolese and the Rwandans running shops in Chawama and Mtendere. 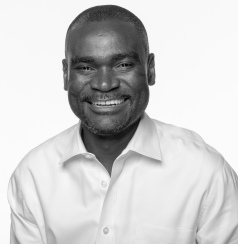 When Jesus tells the story of the Good Samaritan in Luke chapter 10, it is a revolutionary story that challenges race, nationalism and religion. The story of the Good Samaritan in fact goes further by redefining the way Christians should live with the neighbour or with the “other”. The Samaritans were ostracized by the Jews. And yet, it is the ostracised person in the story who goes to help a Jewish victim of violence. By making the Samaritan become the hero of the story of hospitality towards the Jew, Jesus leaves for us the example we must follow. Tolerance and love become powerful once we exercise it beyond our comforts. Love cannot be love until it is given away. This is the powerful lesson we need to learn in this great country before we give way to violence and become as failed a state as the many African nations that have gone to war.

We do not have to like the other to love the other. We need to love even those we do not like. There is nothing drastic about a PF cadre loving a PF cadre, but it is a great revolutionary act when cadres love each other across party lines and in spite of their political differences. Jesus himself assembled a team of disciples whose political persuasions were antithetical to each other. Among the disciples of Jesus was Matthew the tax collector and presumed collaborator of Roman colonialism. Simon, the Zealot was also one of the disciples of Jesus. Zealots and tax collectors were the worst of enemies. Their politics was at odds but it is remarkable that Jesus brought these two enemies together to become the core group of his incarnational work. In Zambia, we must so transform our politics as to know that after we have done all the politics there is, we must still learn to live with each and tolerate each other just like Matthew and Simon, the zealot learnt from Jesus the grace of tolerance.

We must love the other because we are the other. Homogeneity is important, but it is on its own a very dull construct. In 1991, Zambia did away with a homogenous political party and ideology because we wanted some variety in the daily intercourse of our political conversation. After we have tasted the sweetness of democracy, we must not let political heterogeneity lead to violence and despair. We certainly are going to see things differently. But differences in how see things must not create a chasm that divides the cemented unity of our nation.

President Lungu has called for prayers. We must pray for our country. But more than that, we need to act very decisively. Prayer without action does not achieve much. Even the book of James encourages us to be doers of the Word. President Lungu must not only model prayer, he must model love and tolerance towards the other. He is president of all and it must hurt him when an innocent citizen gets killed by bullets blurring from government issued rifles. President Lungu can set the tone: the tone of prayer and the tone of tolerance, grace and forgiveness. He must not push responsibility to UPND cadres alone as PF cadres are equally violent. It is time to pray, but it is also time to love the other and to tolerate others even if their politics is repugnant to our nostrils. There should be space for all colours under the Zambian skies.

Suggested Citation: Munshya, E. (2016). Loving the “Other” In Zambia: Towards a praxis of peace in political violence. Elias Munshya Blog (www.eliasmunshya.org) (July 17, 2016)

Note: A version of this article appeared in the Friday edition of the Zambia Daily Nation Newspaper on July 15, 2016 in the Munshya wa Munshya Column